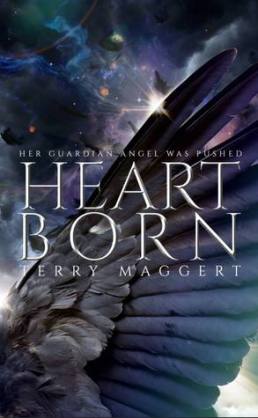 Source: I got this copy from The Audiobookworm in exchange for an honest review.

This was an audiobook, which made getting through it a hell of a lot easier! It’s been a WHILE since I’ve listened to an audiobook and I really don’t know why!

Let me start by saying that I LOVED the narrator for this! It really helped me concentrate on the story instead of getting distracted by my surroundings. Here’s the synopsis: (taken from Goodreads)

‘Keiron was never meant to be anything other than a hero. Born high above in a place of war and deception, he is Heartborn, a being of purity and goodness in a place where violence and deceit are just around every corner.

His disappearance will spark a war he cannot see, for Keiron has pierced the light of days to save a girl he has never met, for reasons he cannot understand. Livvy Foster is seventeen, brave, and broken. With half a heart, she bears the scars of a lifetime of pain and little hope of survival.

In the middle of a brewing war and Livvy’s failing heart, Keiron will risk everything for Livvy, because a Heartborn’s life can only end in one way: Sacrifice.

Fall with Livvy and Keiron as they seek the truth about her heart, and his power, and what it means to love someone who will give their very life to save you.’

For me the most interesting thing is that the author decided to spin something that would be seen as a disability into a powerful quality! Although it is a YA fantasy I found that it wasn’t jam packed with cliches and tropes. It was a unique concept and the book was filled with witty characters and I LOVE that! There was no love triangle business that seems to crop up quite a lot in YA, it felt like genuine story told from the heart as cheesy as that sounds…

There were two storylines involved, the story of Kieron and Livvy meeting and how they impacted each others’ lives. But also the tensions building among the angels in another dimension! That aspect kept the story interesting, as one story had a slow pace we would change chapters and something major would be happening in the other world! The one thing I would say is that it had a bit of a slow start, as the world building was taking place it got a little confusing to keep up with all these new characters.

I would highly recommend this if you enjoy YA fantasy! It was such an enjoyable read (listen :’D) and I’m already looking into other books by Terry Maggert!